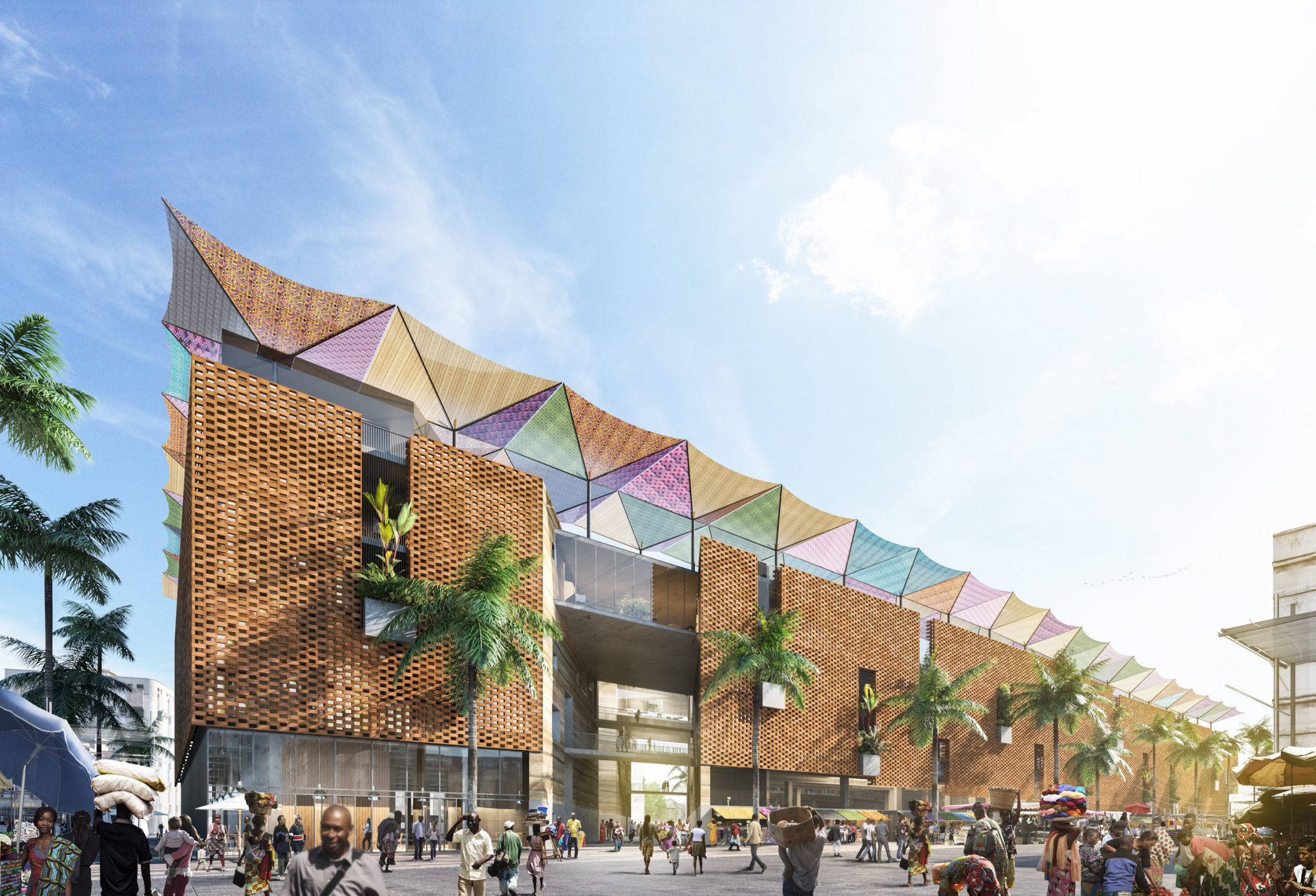 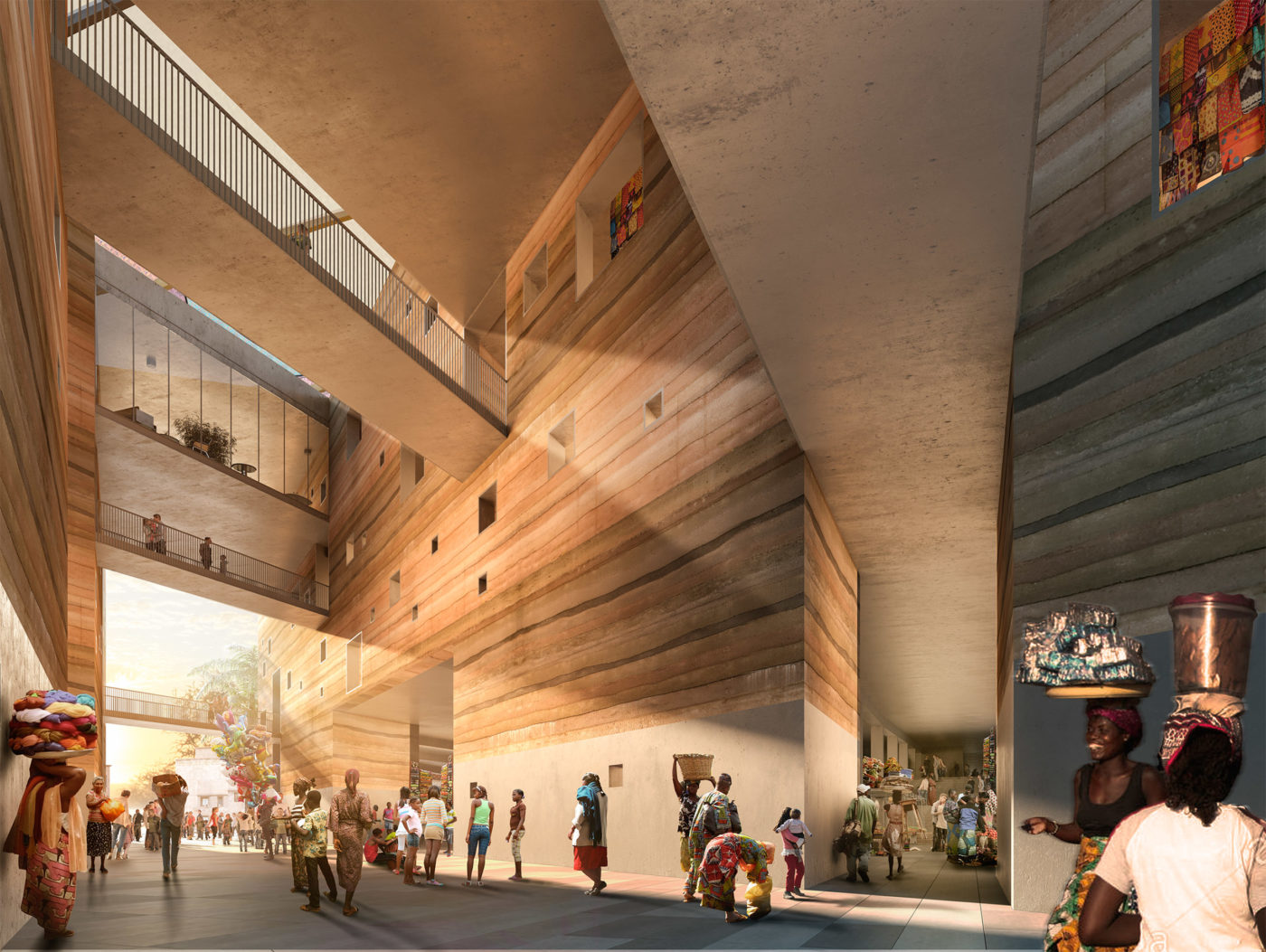 The Grand Market of Adawlato has been conceived as an urban space that can stitch together and connect the disparate surrounding areas, in an iconic and contextual architectural style rooted in Togolese imagery.

The Grand Market of Adawlato (also known as the Grand Market of Lomé) is one of the worldwide symbols of the city, enjoying a strategic location, in the very heart of the city center. It is located less than 200 meters from National Road 2 – Boulevard de la République, which links Ghana to Benin, through the port of Lomé, running along the seafront. 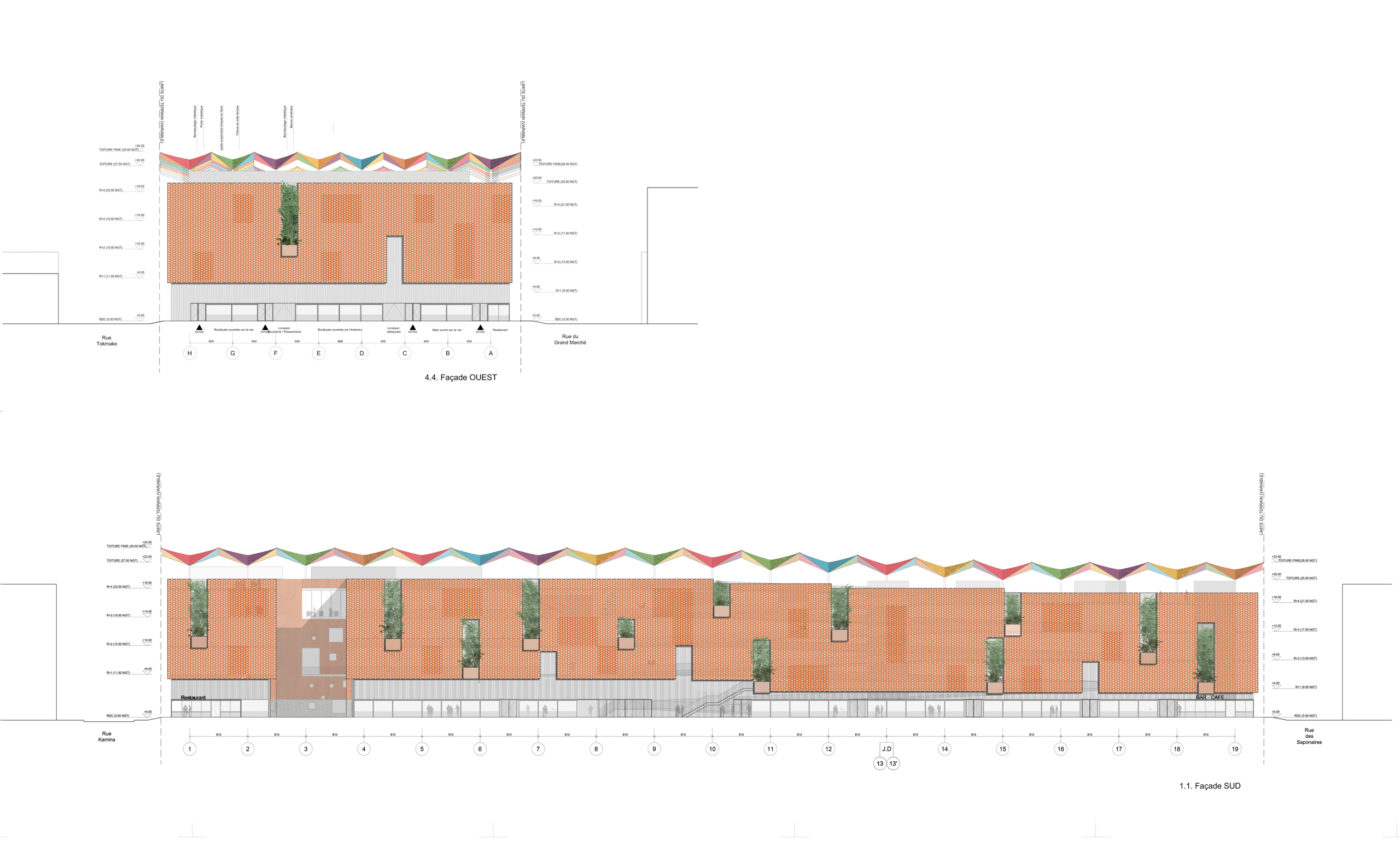 The Grand Market project is part of a strategy of revaluation of the structural components of the city’s urban and landscaping integration. The project seeks to rebuild an emblematic site following recurrent fires that devastated it, and turn it into a local destination and driving force of smart urban development of Lomé, starting from the city center and reaching the outlying districts. To meet the current needs of residents, the project will consist of a three-story building and will include a promenade along the stalls, a large terrace conceived as a garden featuring a restaurant and multi-purpose event space, the rehabilitation of former shops and occupants and the addition of new services.

The building has a length of 150 meters reflecting the former market site. Conceived as an efficient and porous urban facility, it integrates the extension of Logope Street which cuts through its three levels diagonally and adds its presence to the overall connectivity system. From this street-passageway, an imposing ramp invites passers-by to enter the building and visit the stalls in a continuous path to the roof terrace. This ramp is the common element of the new market, the physical link that winds between shopkeepers and users. The market is enclosed by a façade consistently treated on all four sides and featuring a unique architectural layout. An open base, made of fine concrete units, houses commercial stands protected by a tall screen. A curtain of openwork bricks encloses the upper floors in shades of ochre, letting the light shine on the stalls that it covers, intermittently interrupted by large vertical openings accommodating lush pockets of vegetation.  The roof terrace is protected by a thin wall configured as a myriad colored triangles in a mosaic of patterns reminiscent of African wrapper cloth, a staple of local culture and a product widely sold on the market. Like an ethereal headdress, it imparts resilience and lightness to the building and contributes in turning the new Adawlato market into a must-see destination. 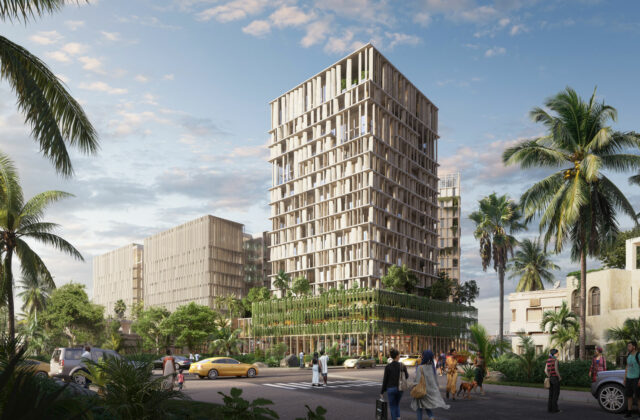 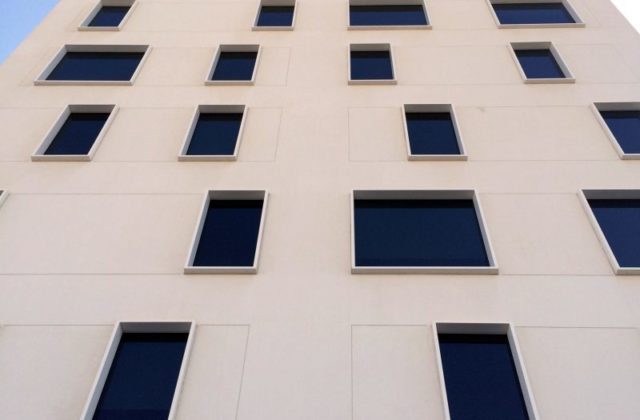 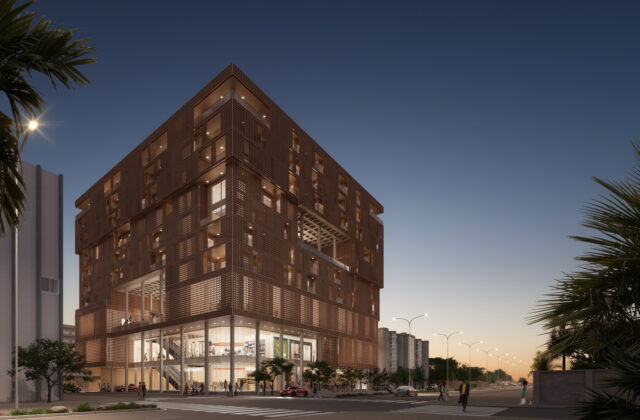 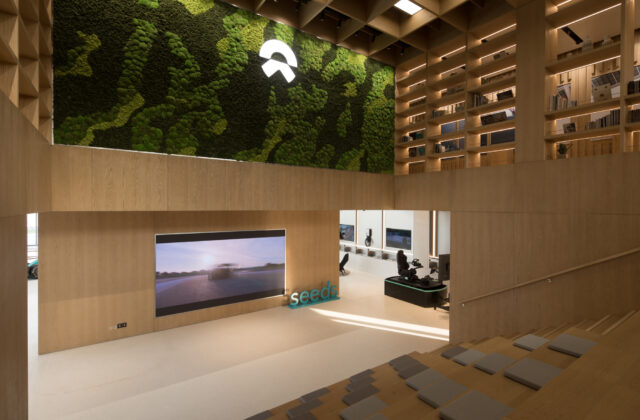 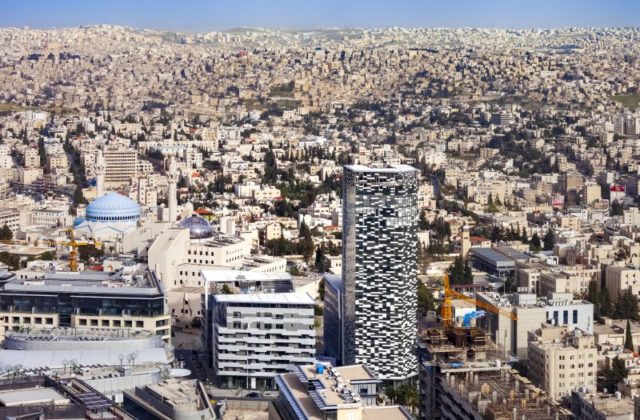 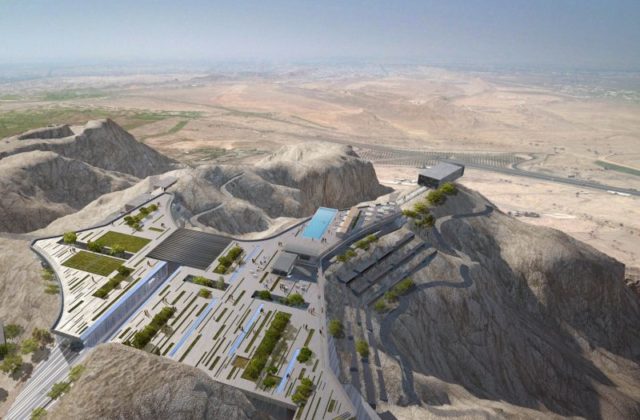 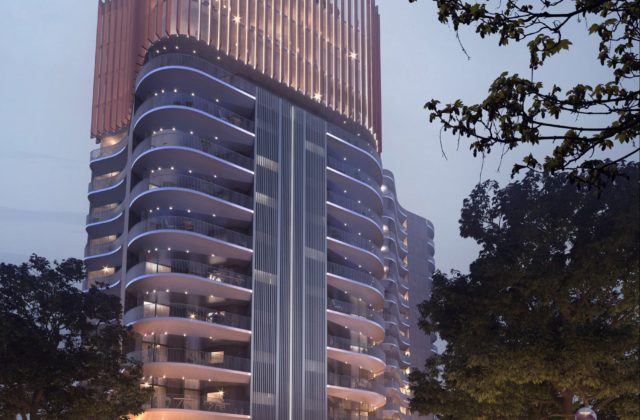