Rising like an island figurehead amidst the general renovation of the Vélizy business zone, the Schindler Group Headquarters demonstrates the company’s values of openness and transparency reflected in an architecture based on ecological and highperformance innovations.

Schindler Group Headquarters is located in the Inovel High-tech and Business Park of Vélizy- Villacoublay, one of the largest clusters of companies in the Western suburbs of Paris and part of a restructuring initiative of the area in which the group’s current headquarter is located. Separated from the rest of the site by a pedestrian alleyway, an extension of Rue Marcel Dassault, the triangular plot in which the building is located rises like an independent insular structure bordered by three major thoroughfares.

Schindler’s future headquarters has an important symbolic and emblematic dimension. Designed as a transparent polygon reminiscent of the Group’s logo, it will accommodate more than 200 people, asserting the Group’s identity to all passers-by.

The ground floor is structured around a central double-height lobby intended for reception, recreation and catering premises. The office levels are superposed on the upper floors, prioritising spaces according to the employee activities, in a full flex layout according to high-density areas, intermediate areas and interaction areas according to the Group’s needs. Each floor has direct access to a string of terraces and gardens, offering employees immersive access to an abundant natural environment. The meeting room, located on the fifth and last level, opens onto the rooftop terrace overlooking the site and providing a scenic view of the surrounding urban landscape.

The future head office needs to be a new-generation environmentally-friendly and sustainable building attuned to its surroundings. The building envelope has been designed to interact with the climatic conditions and the environment. The façade is accented by a succession of fixed and adjustable enamelled glass panels serving as a natural ventilation system. The future head office has been conceived for the widest opening to the outside environment, as a reflection of the company’s values of openness and transparency. 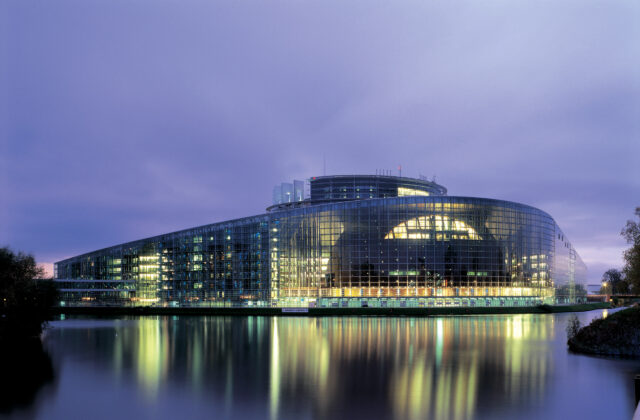 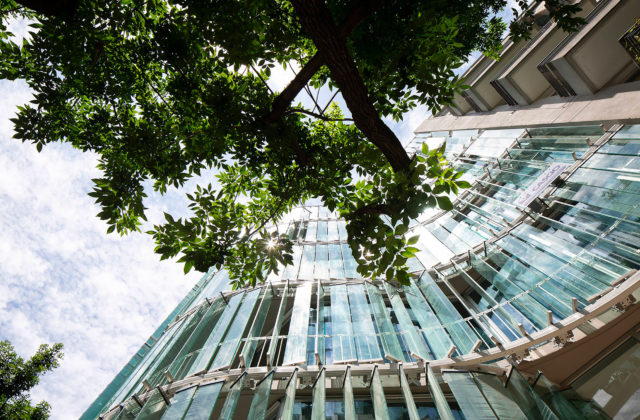 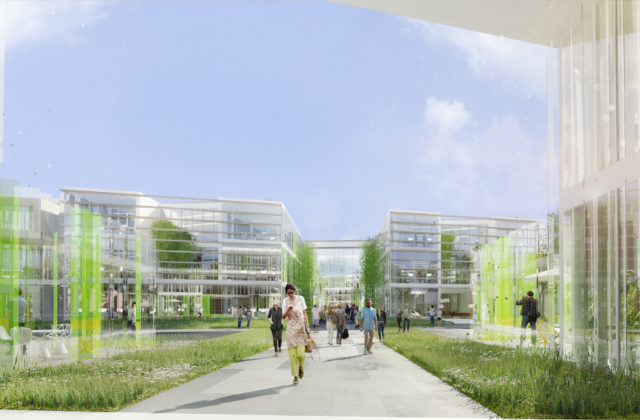 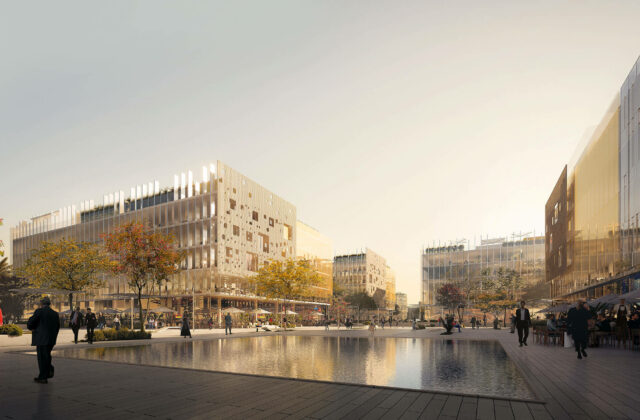 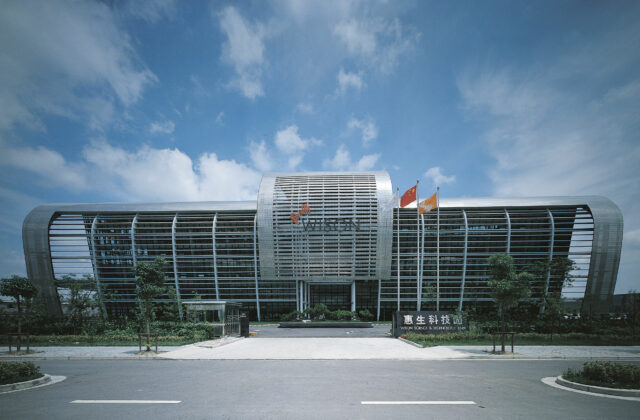 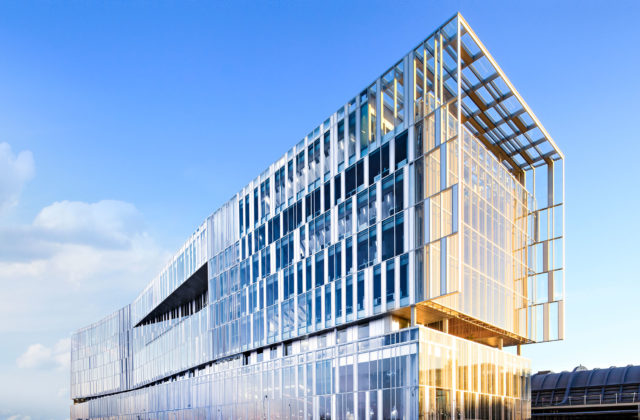 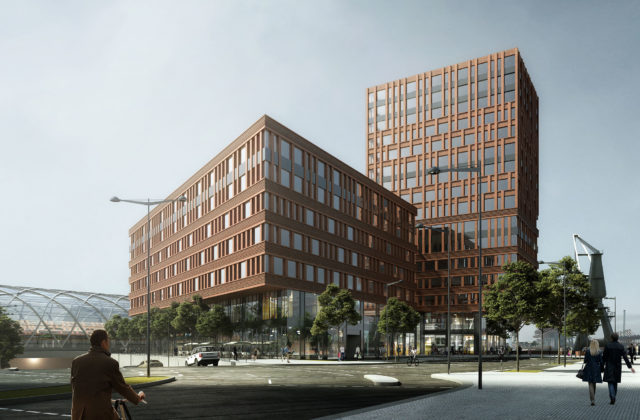 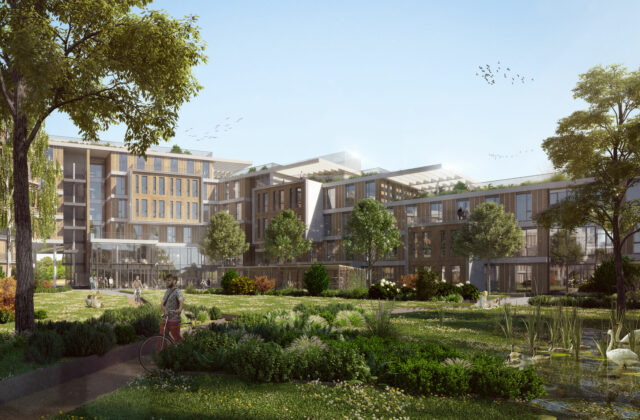